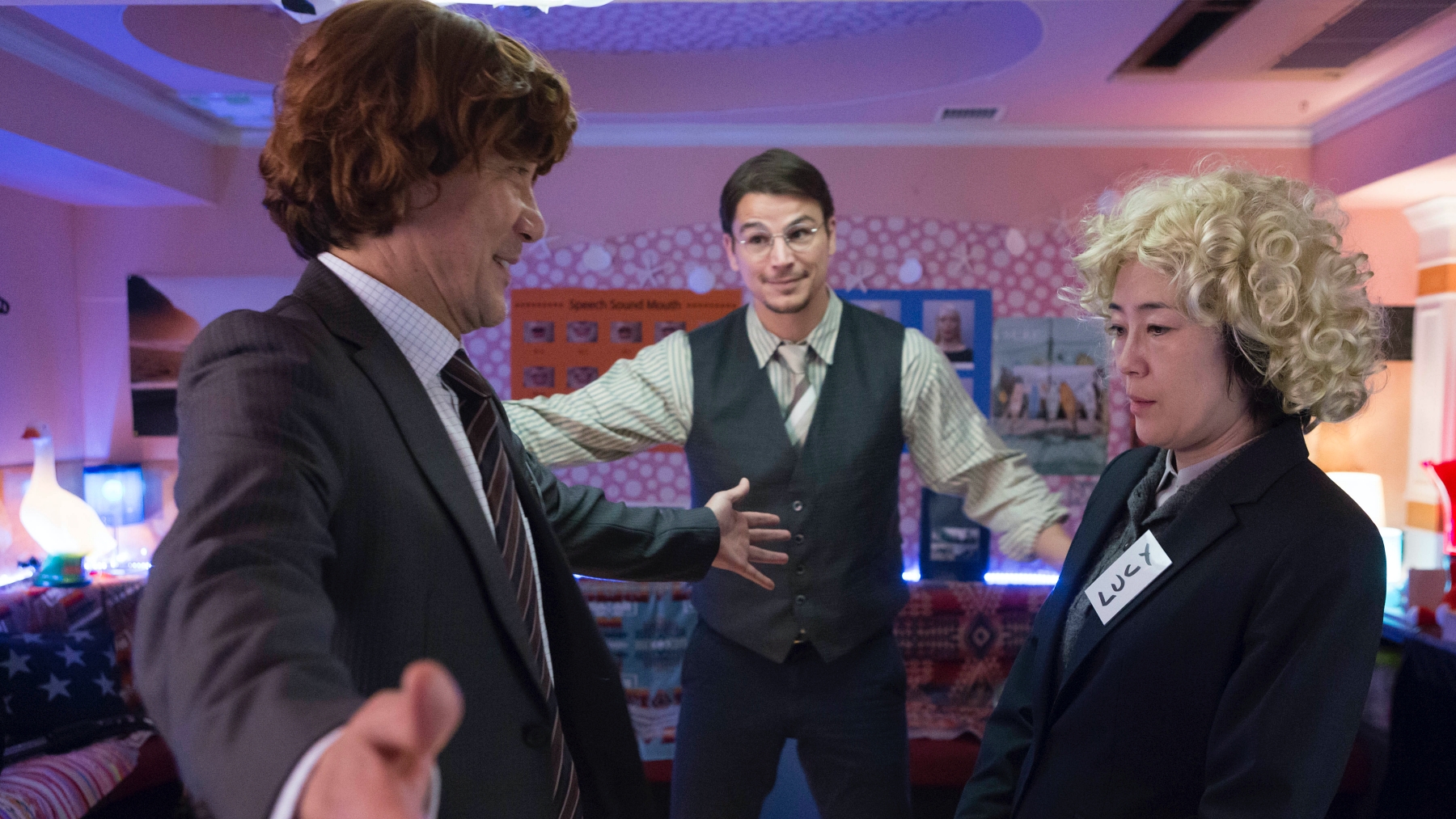 Setsuko is a single, emotionally unfulfilled woman, stuck in a drab life in Tokyo. At least until she's convinced by her niece, Mika to enroll in an unorthodox English class that requires her to wear a blonde wig and take on an American alter ego named "Lucy." This awakens something dormant in Setsuko, and she quickly develops romantic feelings for her American instructor, John (Josh Hartnett). When John suddenly disappears and Setsuko learns that he and her niece were secretly dating, she flies across the world to the outskirts of Southern California in search of the runaway couple. Director Atsuko Hirayanagi deftly mixes humour, great performances and poignant character study.

We are keeping screening fees low ($5.99) and the admission you pay will help us hold things together until the crisis has passed. Many thanks to our great friends and film program lead sponsor NTN Bearing Corporation.