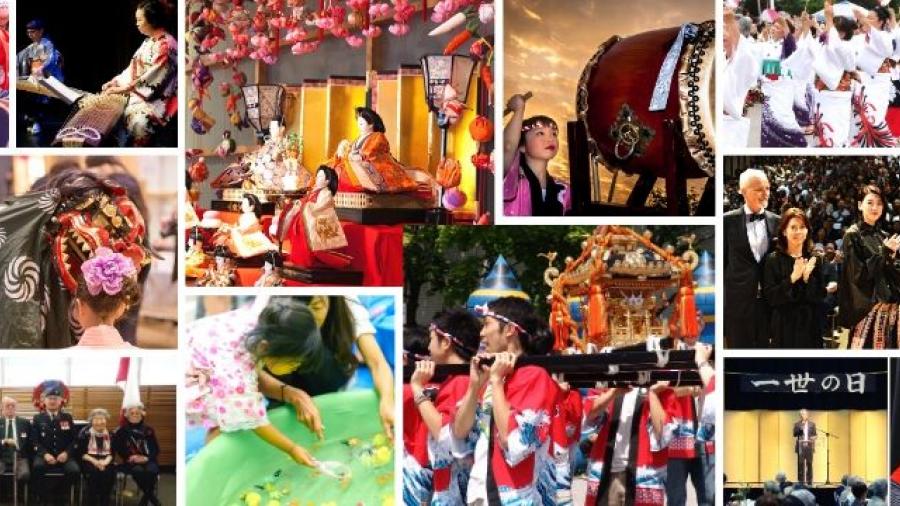 Each year, the Japanese Canadian Cultural Centre offers a spectacular array of events that offer a glimpse into Japanese life, culture and art that are not often seen outside of Japan. In many cases, it may be the first or only opportunity to experience the exhibit or performance in Canada.

Haru Matsuri - Spring Festival
This festival showcases Japanese arts and crafts, and martial arts demonstrations, with entertainment by a variety of performers. Guests will be greeted by an elegant display of Hina Matsuri dolls at our entrance.

Sakura Gala
The Sakura Gala is the JCCC’s annual showcase gala which recognizes and celebrates the work of the Sakura Award recipient. Recipients of the Sakura Award are recognized for their exceptional contributions to the promotion and exchange of Japanese culture, and enhancing awareness of Nikkei heritage within Canada and abroad.

Bazaar
The Bazaar is the JCCC’s annual fundraiser with a vast array of new and gently used items for sale. The dining hall also features scrumptious food for eating in, or to take home.

Natsu Matsuri/Obon - Summer Festival
Natsu Matsuri is our summer festival with a full afternoon of activities with the spectacle dance performance by over 100 dancers. The festival is a particularly special one because of the co-operative effort of the many community organizations involved.

Family Golf Tournament
Enjoy a fun day of golf with family and friends – all skill levels are welcome with lots of prizes to be won! After a great day of golfing, there will be presentations and dinner back at the JCCC.

Issei Day
A Tribute to the Seniors in our Community. The JCCC invites all who are 70 years of age and older to an afternoon of entertainment and lunch. More than 300 attendees often travel from across the GTA for a chance to gather with their friends and family at this annual event. This event is sponsored in part by the Momiji Health Care Society and the Consulate General of Japan.

Ishizue Awards Dinner
The word ishizue, meaning cornerstone or foundation, pays tribute to the 75 families who, at significant personal financial risk, guaranteed the original mortgage on the JCCC at 123 Wynford Drive in the early 1960s. The JCCC has created the Ishizue Award and this special event to acknowledge and express our appreciation and respect to members or friends of the Japanese Canadian community who have made exceptional contributions to the Japanese Canadian Cultural Centre over many years.

Nikkei Veterans Memorial Luncheon
Every November, the Japanese Canadian Cultural Centre hosts the Nikkei Veterans Memorial. This event recognizes all past and present service people who identify as Nikkei by bringing them together, with their family and friends, for a memorial program. For more information, please contact heritage@jccc.on.ca.

Many of the selected films are recognized by the annual Japanese Academy awards and international film festivals. In particular, these monthly film screenings focus on popular films in Japan which do not have a North American release.

All films in Japanese language are shown with English subtitles.