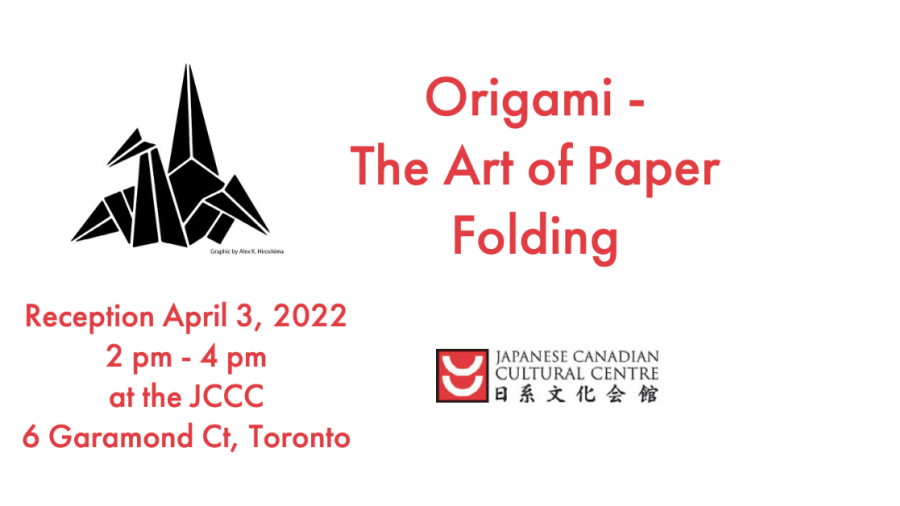 Reception for Origami: The Art of Paper Folding

Come to the JCCC Gallery at the Japanese Canadian Cultural Centre for: Origami - The Art of Paper Folding

This exhibit features the works of Miya Turnbull and Mui-Ling Teh.

Miya Turnbull is a visual artist living in Halifax, NS. She works mainly with masks and self-portraits as a way to explore persona, self image and identity. This series of Origami Self-Portraits was inspired by her brother and her Mom, and is a humorous and fun way to incorporate something from her youth and heritage as mixed Japanese Canadian in her larger body of work. Learn more about Miya Turnbull on her website and instagram @miyamask.

Mui-Ling Teh is an artist, photographer, and poet of Japanese and Chinese descent. She produces art both traditionally and digitally; but at present she is best known for her miniature origami. Teh's origami began as photography props, sometimes accompanied by her poetry. In 2014 she transitioned to exhibiting and selling her original creations in public. Teh has mostly exhibited her art through the Japanese Community, but she has also exhibited within the local Chinese and Korean communities, along with art galleries in Toronto and the United Kingdom. She has also taught origami in a few workshops. Learn more about Mui-Ling Teh on her website and instagram @muilingteh.