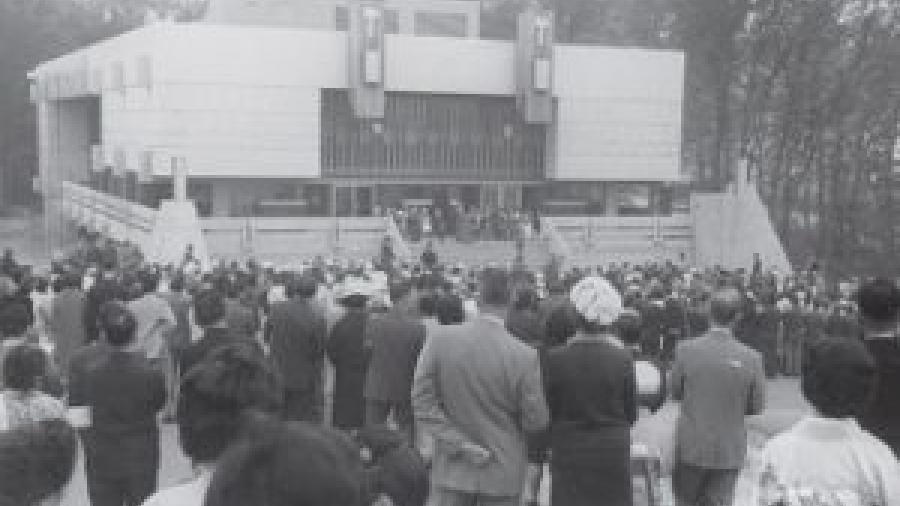 In 1964, Toronto was a conservative administrative city. In 1964, there was exactly one Japanese restaurant in Toronto.

In 1964, a derogatory term, “Made in Japan” referred to poorly-made, breakable objects.

In 1964, the Japanese Canadian community opened a new cultural centre, the daring design alluding to a concrete Japanese temple.

The designer of the centre was a young, little known architect named Raymond Moriyama.

Free tours of 123 Wynford Drive (Noor Centre) with Raymond Moriyama will be given before the Opening between 12:00 – 1:00 pm. Registration Required.

An icon for the Japanese Canadian community, architect Raymond Moriyama recollects a fond memory from his childhood of his grandfather imparting wisdom.