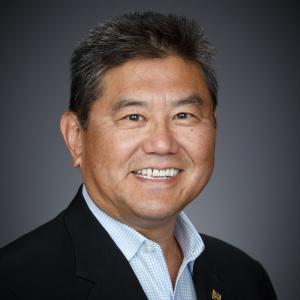 Marty, a sansei (third generation Japanese Canadian), was born and raised in Toronto. He is the middle child of three children of the late 'Coby' Yutaka and Yone Kobayashi, Founding Members and avid supporters of the JCCC.

Marty Kobayashi is a Past President of the Japanese Canadian Cultural Centre. He served as President for 12 terms, his tenure spanning 25+ years from 1983 to 2009. He chaired or co-chaired the long-running JC Community Picnic from 1978 until the final picnic in 2018. In 2013 he was awarded an Ontario Volunteer Service Award for 50 years of service.

He was also awarded the Order of the Rising Sun in 2017, Japan's equivalent of the Order of Canada, for devoting 5 decades to help promote heritage, culture and understanding between Canada and Japan.

For the past 30+ years, Marty has been an Investment Advisor, currently with iA Private Wealth. As an example of his commitment and support to the JC community, he was the first "corporate tenant" when he relocated his professional offices to the second floor of the JCCC in 2009.

Marty takes great pride in carrying on his family legacy of giving back. He is a role model to his two adult children, Kristin and Kevin, and is an outstanding example of a true volunteer. Marty has a reputation for being reliable, responsible, and most of all, humble.

His favourite vacation destination is Hawai'i where he's visited more times than he has fingers and toes.