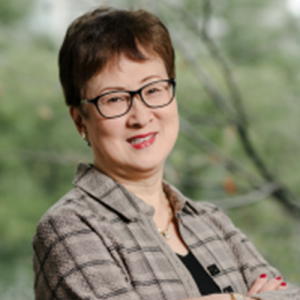 Ms. Christine Nakamura is Vice-President at the Asia Pacific Foundation of Canada's Toronto office. From 1976 to 2011, she was employed in various capacities by the Government of Canada in a number of departments, including, Citizenship and Immigration Canada, the Department of Justice, and most recently, the Department of Foreign Affairs, Trade, and Development. She has served overseas in Japan and Korea and holds a bachelor's degree from the University of Toronto, where she majored in East Asian Studies. Ms. Nakamura is a board member of the Japanese Canadian Culture Centre Foundation in Toronto, Vice-President of the Japan Earthquake Relief Fund, board director of the National Coalition of Canadians Against Anti-Asian Racism and Operation Smile Canada, and a member of the Advisory Council (Canada) for the Prince Takamado Japan Canada Memorial Fund, and is the recipient of the Organization of Women in International Trade’s 2020 JoAnna Townsend Excellence Award for Leadership in International Trade.